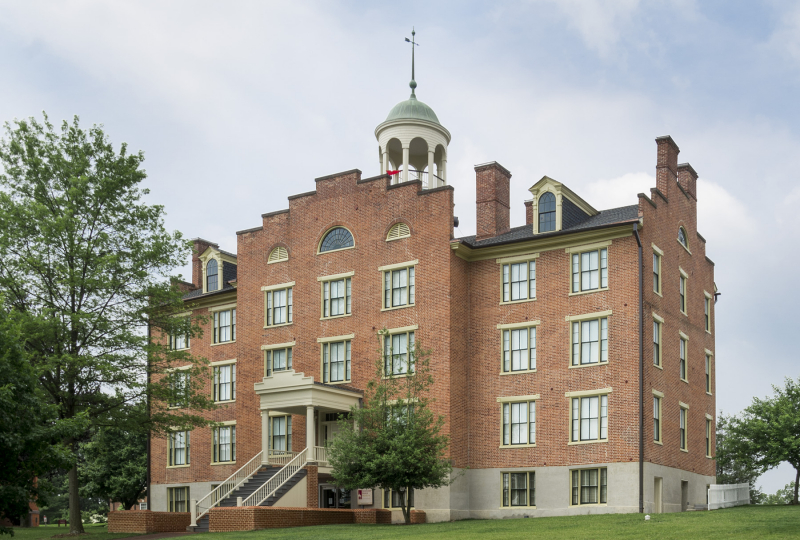 Morgan-Keller's Schmucker Hall Project was presented with a 2014 Pennsylvania Historic Preservation Award on Friday, September 26th at the Ellis Hall Ballroom at Juniata College in Huntingdon, PA.  The project received a Construction Project Award in the Public and Institutional Category.

Though constructed in 1832 to serve as a dormitory and classroom building, Schmucker Hall would take on symbolism as a place of reconciliation for former soldiers from the Union and Confederacy who returned to  Seminary Ridge to honor fallen comrades.  For the 150th anniversary of the Battle of Gettysburg, the Seminary Ridge Historic Preservation Foundation, the Seminary, and the Adams County Historical Society joined together to renovate the historic building for use as a museum.  The project utilized federal rehabilitation investment tax credits, and included site improvements, accessibility upgrades, structural stabilization, replacement of the roof, and reconstruction of lost elements including the east entry stairs, 1914 Peace Portico.