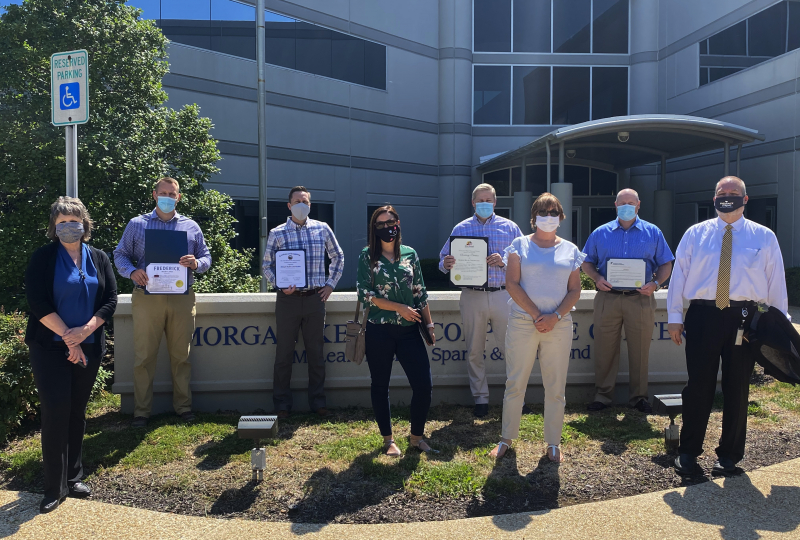 Morgan-Keller’s 65th Anniversary was celebrated on Tuesday August 18th with a visit by representatives from the City of Frederick, Frederick County, the State of Maryland, and Frederick County Chamber of Commerce.

Morgan-Keller was founded in 1955 as a family-owned residential construction company located in Wolfsville, Maryland. Over six decades, the firm has transitioned into one of the region’s most respected commercial builders with offices in Frederick and Hunt Valley, MD.