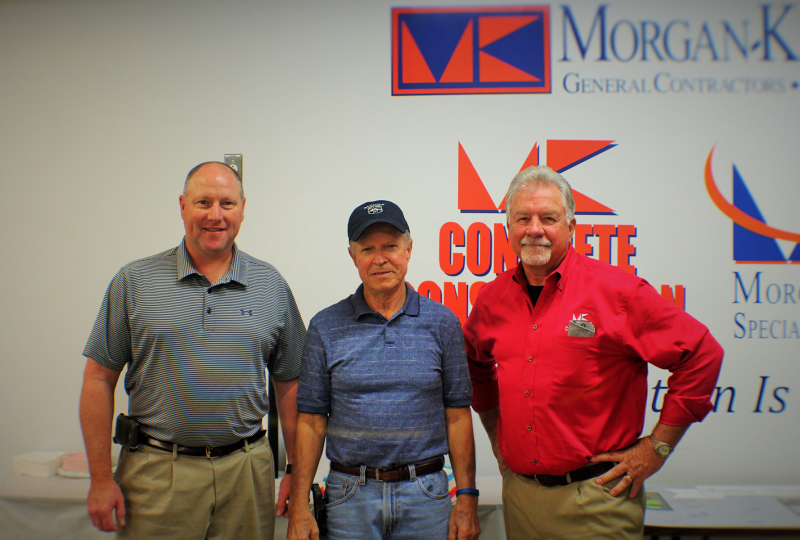 MK Concrete hosted a retirement luncheon on Tuesday, October 17th to celebrate the retirement of Bruce Snyder, Senior Superintendent.  Bruce has been an outstanding employee throughout his 23 years
with M-K.

He received the Field Spirit Award in 2006.  This award is given annually to one team member in the field who exemplifies the spirit of the M-K mission.  In addition, Bruce has worked on a number of MK Concrete’s larger projects such as Urban Green Apartments, C-5 Hangar, Landover Logistics, Station Ridge, and many more.  Most recently, his team on the Raging Wire Data Center VA3 in Ashburn, VA received an award from Holder Construction for safest subcontractor in the month of March, 2017 for all of Holder’s Projects nationally.

Bob Rininger, MK Concrete’s General Manager, said the following about Bruce “It has been a real pleasure to have Bruce on our team.  His hard work and dedication to the company will be missed.  We wish him the best in the future. “