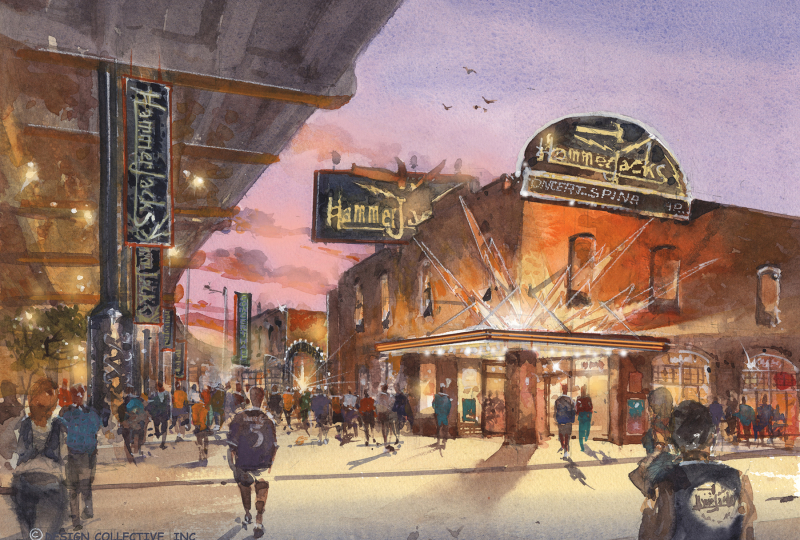 Construction is set to begin on Hammerjacks, a new nightclub and concert venue in Baltimore City. The new club is named after its iconic predecessor that hosted national acts throughout the 1980s and 1990s.

Preconstruction is ongoing and construction is expected to begin Fall 2016 on the new club and concert venue, which will replace the former Paradox nightclub on Russell Street. Kevin Butler, President/CEO of Hammerjacks Entertainment Group, and his Partners, Jerry Malamut and Andy Hotchkiss, plan to demolish part of the building to make room for the new two-story venue across from M&T Bank Stadium.  Butler’s consistent vision is to build a world class entertainment venue for Baltimore and the surrounding region.

The Design/Build Team for the project includes Morgan-Keller Construction of Columbia and Frederick, MD, and Design Collective of Baltimore, MD. The $10 million project will involve a 24,000 SF renovation of the existing facilities to create the new club and a 29,000 SF addition for the concert venue, to accommodate a capacity of 2,500 people, an outdoor courtyard and retail space. Current design and approval progress is resulting in an anticipated grand opening in 2017.